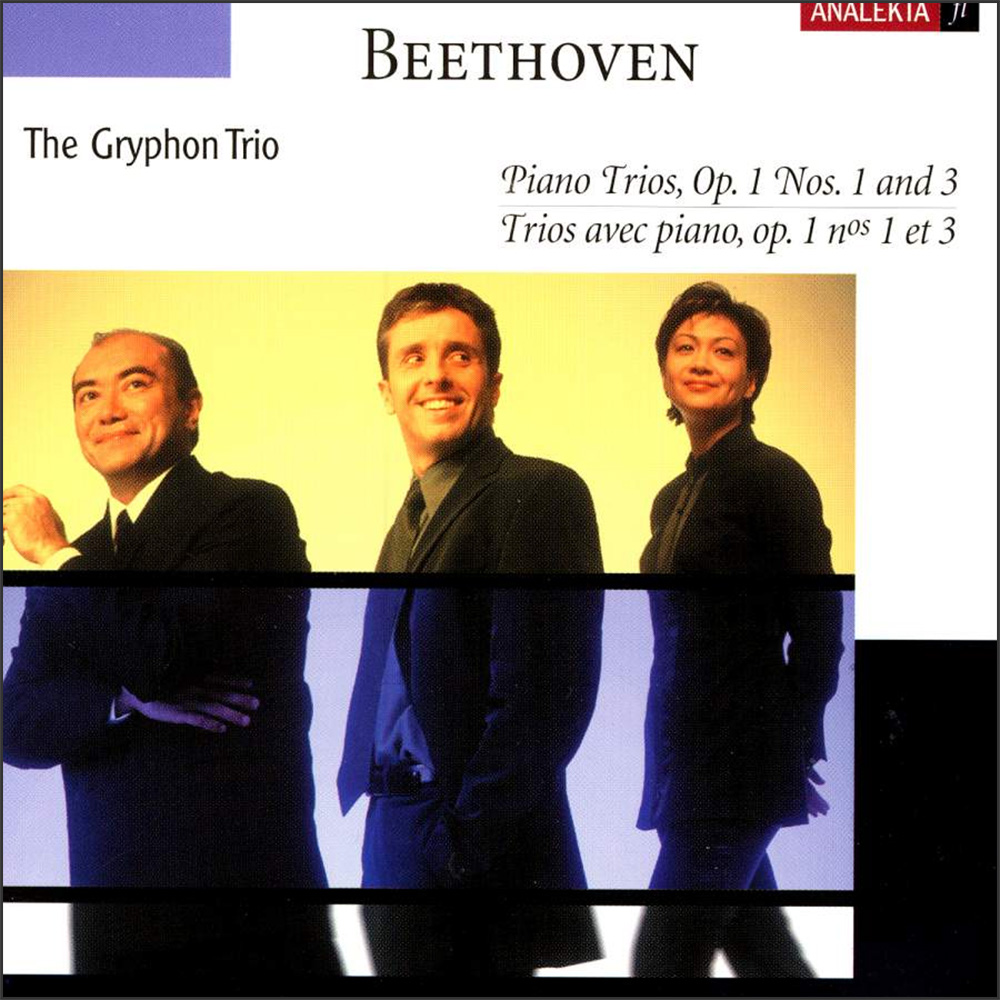 The piano trio was a relatively minor genre prior to the works of Beethoven. It initially served as repertoire for the private soirées of amateur musicians. The delightful three-movement piano trios of Haydn presented moderate technical challenges for the string players: the violinist often shared melodic elements of the right-hand piano part, and the cellist usually reinforced the left-hand piano part. (The pianos of the time had relatively weak bass registers.)

Haydn’s thirty odd piano trios display clarity of texture, an abundance of elegance, and some surprising virtuosity. Mozart increased the prominence of the violin part and the independence of the cello part in his six piano trios. He married this slightly thicker texture with his effortless gift for melody. In the hands of Beethoven, the piano trio evolved into a large scale form, with three fully independent instrumental lines forming a rich texture. Beethoven not only expanded the complexity of Sonata-Allegro form in the first movements of his works, but also added a Scherzo and Trio, (or Menuetto and Trio) movement before the Finales. By identifying these works as “Opus 1” on the title page of the three trios published in 1795, the 25 year-old Beethoven declared them to be his first completed compositions wrought from a personal style that transcended any influence.

The novelty of these works was not lost on the audience during the premiere at the home of Prince Lichnowsky, who was to become one of Beethoven’s greatest supporters and friends. Franz Ries, another friend of the composer, reported that “with the majority of Vienna’s artists and connoisseurs being in attendance, and particularly Haydn, with whom final judgment rested, the trios were executed and declared extraordinary on the spot. Haydn himself had much good to say of them.”

The first trio in E flat major boldly announces Beethoven’s new style, with thematic interchange taking place between all three instruments. In the “Allegro,” a staccato arpeggio theme (first played by the piano, then by the cello, then by all three in unison), becomes a unifying motive throughout the movement. A slow and lyrical second theme gently unfolds in the equal voices of the violin and cello, but with a contrapuntal texture that first recalls the character of a hymn. This is followed by a coda that is based on an ascending scale—material that will have startling significance in the development. The lyrical theme of the “Adagio cantabile” is first heard in the piano, followed by beautiful string melodies that weave overtop the piano accompaniment. Beethoven modulates to a succession of minor keys and the drama builds to a radiant climax in the surprising key of C major. This is a striking harmonic path that Beethoven revisits a decade later in the slow movement of the fifth symphony. In the “Scherzo” (a movement type for which Beethoven has already betrayed his preference), a light and humorous theme is divided in two sections and shared first between the strings and piano, while in the central trio, the melody is picked out note-by-note above harmonies reinforced by the strings. In the final “Presto” rounding out the work, the piano takes up the questioning leaps of a tenth that imbue the first theme while the violin and cello together vent a reply. While equally amusing in character, the second theme provides contrast to the first with the integration of a falling arpeggio and scale—a motive that is taken in turn by the violin, cello, and piano before this last member of the trio transforms it in a spree of mysterious chromatic glissandi.

It might be said that the first trio continues the tradition of Haydn’s classically gallant style. But the third, with its key of C minor and through its treatment of the first and last movements belongs without a doubt to a whole other dramatic category. It foreshadows the works of Beethoven’s maturity in the same key (e.g. the fifth symphony), that express existential anxiety and the determination to overcome the scourge of fate. As early as the opening “Allegro con brio,” the first theme is carried away on a churning wave, a sign that forecasts the storm that will erupt in the final “Prestissimo.” Poised between these movements is the Olympian calm of the E-flat major “Andante cantabile,” floating on the transcendent serenity of its theme and five elegiac variations. And with a final wink at impertinent gallantries, the “Finale prestissimo” retrieves the turbulence of the first movement tenfold in a barrage of hammered chords that foretells the tumultuous overture of the celebrated Waldstein piano sonata (Opus 53).

Today the final trio of Opus 1 stupefies in comparison with the first two. After the premiere of this work, according to Ries, “Haydn advised Beethoven not to publish it. This greatly surprised Beethoven, since he considered this trio to be the best of the three, and also the one that produces the greatest effect.” Haydn’s remarks greatly vexed Beethoven. Nonetheless, as Haydn would later confide to Ries, it was not that he found this third trio less worthy, but rather overly difficult for the amateur musicians for whom this genre of work had until then been intended. He would later acknowledge his error frankly, adding that, “he would never have imagined that this trio could be so quickly, so easily understood, and so well received by the public.”