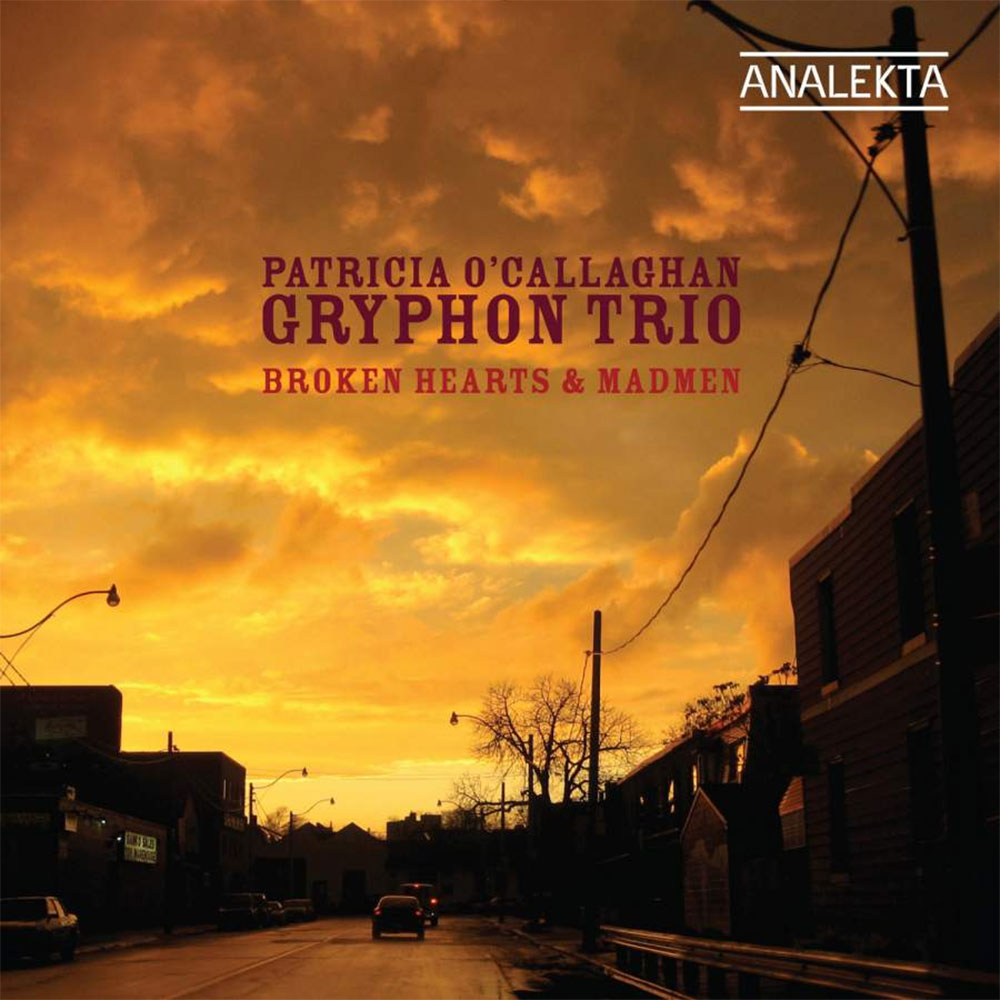 Download Booklet
The most adventurous sounds are those that defy restrictive labels and easy categorization. Eclecticism has long been a mainstay of the jazz and pop worlds, where experimentation is encouraged and celebrated. But chamber music, with its roots in specific classical repertoire, has often been limited by advocates intent on simply keeping old traditions alive. Canada’s Gryphon Trio, one of North America’s top chamber ensembles, is committed to changing that.

It was at Lula Lounge, Toronto’s premier live music venue, that the Gryphons proved their commitment to changing the context for chamber music. This venture into the wider community, supported by Music TORONTO and its artistic producer Jennifer Taylor, represented a creative turning point. Working with jazz and world-music artists, the Trio launched a series of programs that thrilled audiences with their mix of classical repertoire with Cuban and Brazilian music. One of those shows, featuring tangos, pop tunes and Mexican folksongs, reunited the Gryphons with their Constantinople partners, Particia O’Callaghan and Robert Occhipinti, and led to this groundbreaking recording.

Broken Hearts & Madmen is unlike any previous chamber music album. Produced again by Occhipinti, a classically trained jazz musician renowned for his work in Latin music who has also toured with experimental hip-hop stars Gorillaz, it was recorded like a pop album, with live in-studio performances and close miking of the musicians. Musically, the album is global in spirit, mixing Latin songs with jazz-tinged tunes by some of pop’s most revered composers.

From Nick Drake and Laurie Anderson to Los Lobos and Lhasa, the range of material on Broken Hearts & Madmen is admirably genre-stretching. The record moves naturally from the bittersweet Cucurrucucu Paloma, a Mexican mariachi, to I Want You, on which O’Callaghan plumbs the emotional depths of Elvis Costello’s tortured love song. Astor Piazzolla’s Yo Soy Maria, showcases the Trio’s torrid rhythmic drive, as does a spirited flamenco rendition of Volver, the Carlos Gardel tango and title song for Pedro Almadovar’s movie starring Penelope Cruz.

O’Callaghan is perfectly suited to capture the passion of these songs. She learned Spanish and fell in love with Hispanic music while living in Mexico as a teenager. She demonstrates her facility with the language and the emotions of the songs on La Confession and Los Peces, two Spanish numbers by the Juno Award-winning Montreal singer Lhasa. O’Callaghan’s multilingual fluency, meanwhile, comes in handy on La Foule, a Peruvian waltz that Edith Piaf demanded be rewritten into a French café song of heartbreak.

O’Callaghan, who Billboard called “the most promising cabaret performer of her generation,” trained as an opera singer but soon gravitated toward the music of Kurt Weill and Leonard Cohen. She has since recorded everything from Erik Satie to Bob Dylan. “My career has been very much about bridging classical music with the worlds of pop and folk music,” she admits. The same can be said of the Gryphon Trio. With Broken Hearts & Madmen, the Gryphons and O’Callaghan have taken chamber music out of its sometimes stuffy confines and bravely thrust it in a truly global direction.