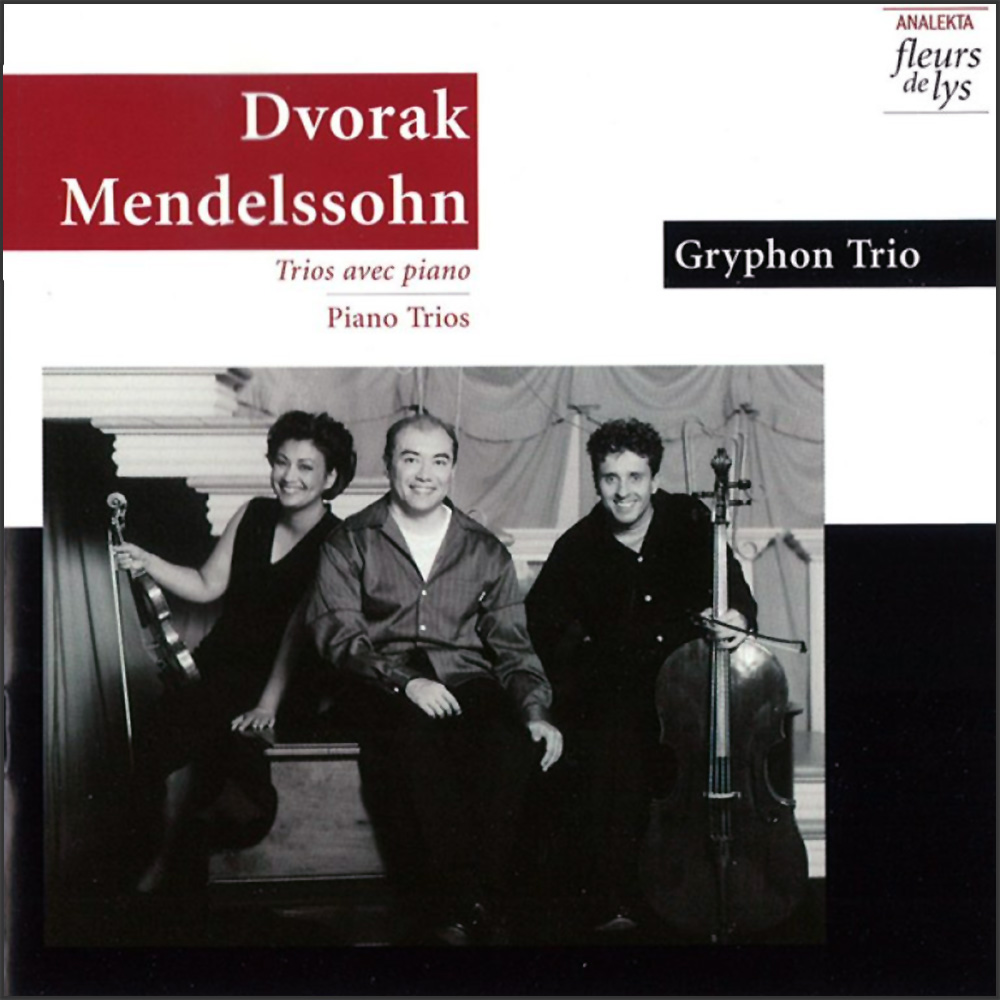 In April 1891, after only a few weeks of teaching at the Prague Conservatory, Dvořák received from America a proposition that was to change the course of his life. Jeannette Thurber, who had founded the National Conservatory of Music in New York City, hoped to find in Dvořák a director for her institution who could inspire the ‘New World’ to create for itself its own ‘national’ music. Her choice proved felicitous—Dvořák’s success during his stay in the United States is well-known—but it was far from being an easy decision for the composer, who was reluctant to leave behind his homeland and ongoing projects. After a year’s hesitation, he sailed for New York on September 16, 1892. One must remember that Dvořák had developed a highly personal style in the years leading up to his departure, a style that masterfully integrated his deep Slavic inspiration with the classical models championed at the time by his friend and supporter Johannes Brahms. This personal style succeeded well, and his celebrity now extended well beyond the confines of Bohemia; at the pinnacle of his powers, the same reasons seemed to call him away and hold him back. It was at this critical point in his career, during the same month when he received the request from New York, that Dvořák premièred (himself at the piano) his last and most famous trio, the so-called Dumky, Op. 90, on April 11, 1891, during a concert at Prague’s Charles University at which he was awarded an honourary doctorate. Later, Dvořák played the work during a forty concert farewell tour of Bohemia and Moravia, from January to May 1891, along with the violinist Ferdinand Lachner and the cellist Hanus Wihan (for whom Dvořák was to compose the Concerto in B minor, Op. 104). Begun in 1890, the Dumky Trio stands out from the entire repertoire for piano trio; the traditional formal scheme of four movements is here replaced by a free succession of six dumky. Each dumka is in a different key (making the ‘E minor’ portion of the title quite irrelevant, since only the first dumka is in this key), and their forms are rather simple, most often binary, with a ternary (ABA) third movement and a rondo for the fourth dumka. It is, however, the overall character of the work that is its greatest strength, creating unity through diversity. The term dumka as used by Dvořák seems to find its origin in a type of Ukrainian folk music whose name was later taken on in Slavonic countries to identify certain vocal and instrumental pieces of a melancholy and brooding character. There are a number of dumky in Dvořák’s works prior to this Trio, such as the Dumka for Piano, Op. 35, as well as various instances in his chamber music. In these pieces (and particularly in the ones that concern us here), Dvořák, according to his conception of the dumka, alternates between different fleeting moods, passing from somber introspection to light-hearted merriment, in a wholly folk-like fashion. What binds the work together, however, is the melancholy mood that weaves through it, and which is so often taken up by the cello’s eloquent voice. As early as its first performances, the Dumky stirred the patriotic feelings and provoked the admiration of Czech audiences. In the concert programme published for the performance of March 15, 1892, during the farewell tour, one reads: “[…] by its modern yet genuinely Czech character, by its buoyancy and its partly cheerful, partly pensive melodies, [the Dumky Trio] ranks among the most beautiful and enthralling compositions of its genre.” The trio’s posterity was partly ensured by its publication in 1894, and it was Brahms himself who corrected the proofs.

Mendelssohn’s Piano Trio in D minor, Op. 49 (1839) undoubtedly represents, along with the Piano Trio in C minor, Op. 66 and the String Octet in E flat major, Op. 20, the zenith of his chamber music compositions. It is a mature work, like the Dumky Trio, but of a much more precocious maturity, and it also distinguishes itself from Dvořák’s trio by its traditional form and its far less brooding character. Still, strong contrasts in mood are far from absent in this work: the first movement sees a succession of agitated sections giving way to soaring melodies; the Andante is a beautifully expressive cantabile second movement; the Scherzo (which has no ‘Trio’ section) is a high-spirited elfin movement, reminiscent of A Midsummer Night’s Dream; and the Finale contains dramatic alternations between virtuosic brilliance and warm lyricism, leading to the ultimate triumph of D major. Throughout this work, Mendelssohn’s sophisticated talent and luminous touch is apparent, by his mastery of form, melody, instrumental balance and contrapuntal technique. It is therefore not surprising that Schumann considered Mendelssohn’s Opus 49 as one of the best piano trios of the time, and that he declared in a review of the work: “Mendelssohn is the Mozart of the 19th century, the most illuminating of musicians, who sees more clearly than others through the contradictions of our era and is the first to reconcile them.”