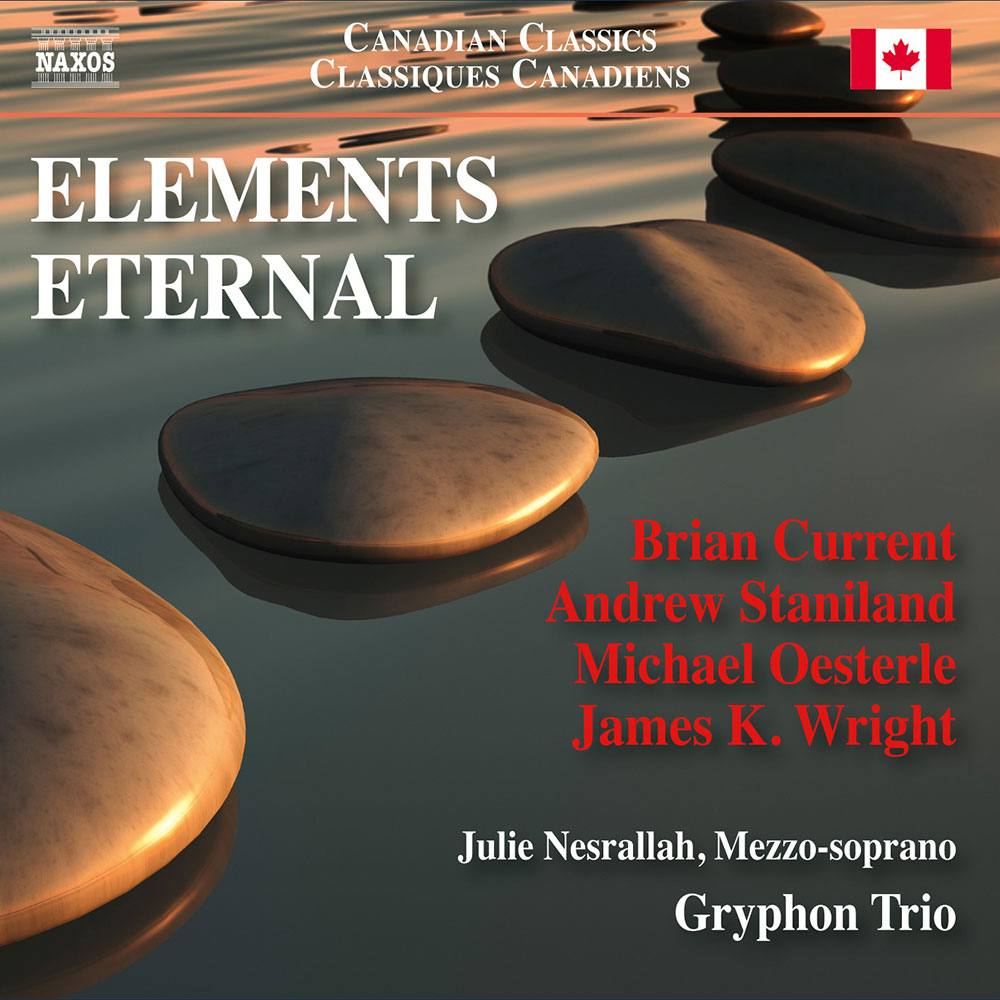 The four works that constitute the new Naxos release Elements Eternal are some of the best of many new works commissioned by the internationally acclaimed and award-winning Gryphon Trio, founded in Toronto in 1993 and today one of the world’s leading piano trios. Brian Current’s These Begin to Catch Fire was inspired by patterns of brilliant sunlight reflecting off the waters of Lake Muskoka, while Andrew Staniland’s Solstice Songs is a lyrical exploration of time’s universal markers, described by the composer as ‘the poetry of sound’. Michael Oesterle’s Centennials is a tribute to three individuals – Julia Child, Conlon Nancarrow and Jackson Pollock – who would each have celebrated their 100th birthdays in 2012, and James K. Wright’s song cycle was inspired by Beethoven’s passionate letters to his eternally mysterious Immortal Beloved. For this work the Gryphon Trio is joined by mezzo-soprano Julie Nesrallah.