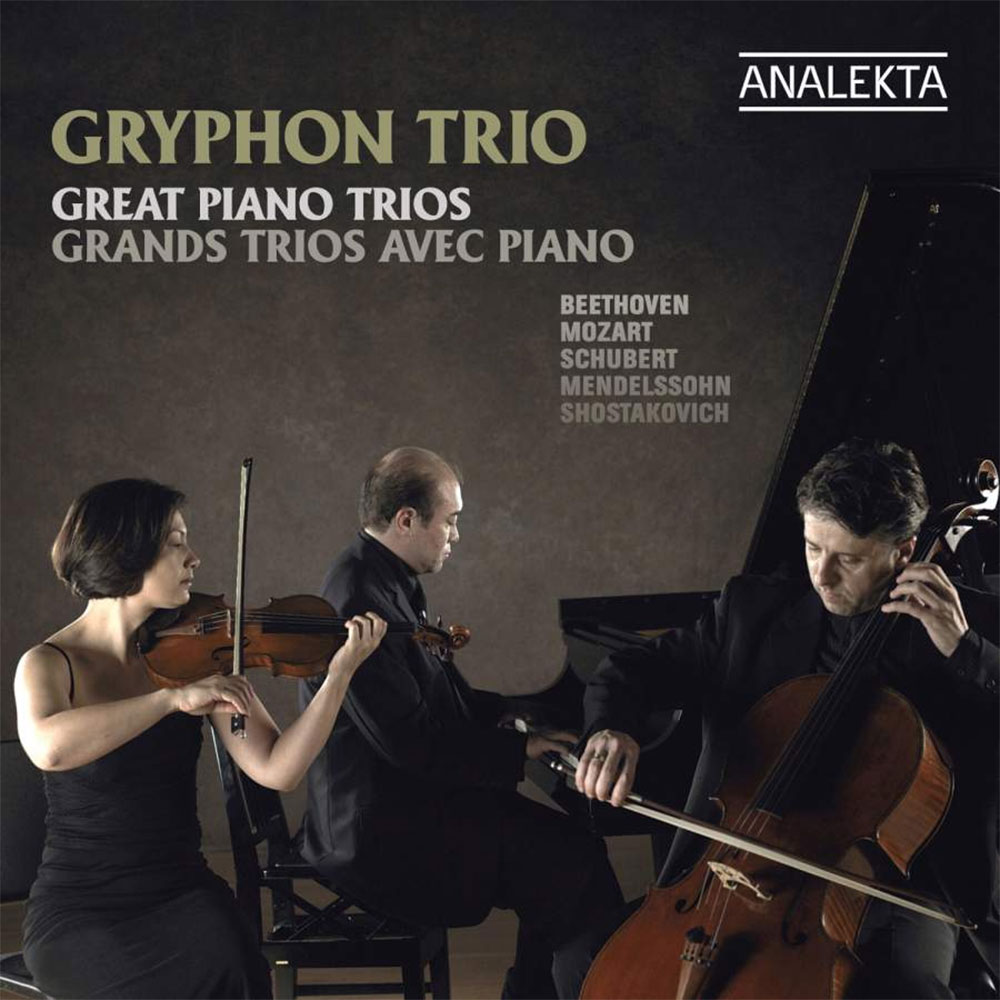 A beautifully recorded and strongly recommended disc. Not to be missed!

The radiance, serenity and vitality in these works come across with a keen blend of sweep and nuance.

A first-rate addition to the Beethoven Trio discography. Strongly recommended.

Download Booklet
The piano trio gained popularity in the second half of the 18th century with the introduction of the pianoforte. The new instrument, more expressive than its predecessors, thrilled musicians and fans alike. Composers rushed to create works showcasing its possibilities resulting in the creation of chamber music intended for performance within the family or among friends.

Mozart composed half a dozen works for the new ensemble throughout his career. An early attempt, the Divertimento K. 254 from 1776, might be considered a sonata for accompanied piano, the violin conversing with the pianist’s right hand and the cello supporting the left. Later works however show the composer breaking away from the conventional dictates of sonata form, introducing broader formal dimensions and dramatic elements: a richly ornamented cantilena here (in the Trio K. 502), a contrasting theme with Bohemian accents there (in the Trio K. 542 finale), or taking us into the operatic universe of Le Nozze di Figaro (Trio K. 548).

If Beethoven’s Op.1 trios demonstrate a young musician still influenced by Haydn’s teachings, then the trios of Op. 70 are doubly impressive for the skill with which the musician from Bonn transcends these lessons in works imbued with theatricality (“Ghost” Trio), and subtlety of emotion (Op. 70, No. 2). The “Archduke” Trio, composed just three years later, is a true masterpiece. Featuring a particularly dense structure in which the chords become interior voices, the “Archduke” Trio succeeds in establishing an expressive balance and dialogue between the piano and strings.

Schubert waited until the last year of his short life to offer two highlights of the piano trio repertoire: No. 1 in B-flat major, D. 898 and No. 2 in E-flat major, D. 929. His only other works for the form are Sonatensatz D. 28, a graceful work he wrote while studying with Salieri, and a late Notturno of troubling beauty, D. 897, probably a discarded slow movement from his Trio D. 898.

Along with his authoritative String Octet Op. 20, Mendelssohn’s two trios with piano represent a summary of his chamber music production. A mature work, the Trio in D Minor balances dense contrapuntal passages with subtle instrumental textures, imbuing the piece with light, finesse, expressivity, and a certain mischief reminiscent of his A Midsummer Night’s Dream. Six years later, his Trio in C Minor marks another major achievement in the trio repertoire. The slow movement evokes the most sublime Songs Without Words, while the Finale is positively orchestral, with the pianist abandoning the role of accompanist to become orator.

Shostakovich wrote music for the genre just twice. In the Trio Op. 9 one can hear the both enthusiasm of a student at the Saint Petersburg Conservatory, and the very foundations of the composer’s characteristic language – a juxtaposition of anxiety and humour not lacking in romanticism. Written 21 years later, in 1944, his Op. 67 wavers between austerity, fluidity, latent sadness and borrowings from Jewish folklore (a subtle reference to the horror of the Nazi death camps of Treblinka), as the immediately preceding years had deposited their weight of pain.

Any decision to record the complete works of a single composer holds particular interest for performers. Especially when these works encompass the whole of an artist’s career, they allow the listener to trace a striking portrait of the evolution of the composer’s language. The works recorded here by the Gryphon Trio are snapshots of the composer’s lives. They invite us to join them on an interior journey. Juxtaposed with the early works, the mature works speak to us in a new way: exciting in the listener a desire to understand more deeply musical evolution of their creators.