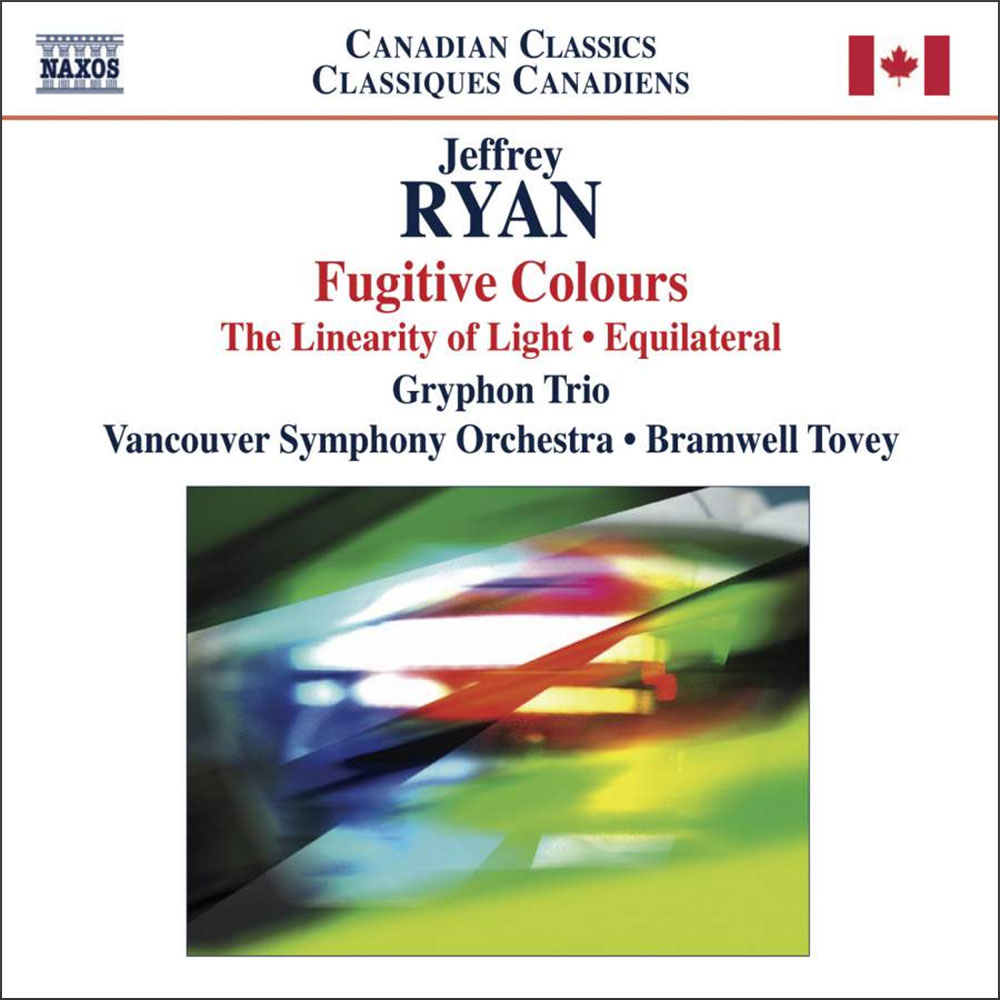 An impressive work that is sure to have wide appeal.

Jeffrey Ryan is one of Canada’s most outstanding composers. He evokes bright, vivid colours in his works which brim with imaginative sound worlds. The Linearity of Light is one such work and is concerned with imagining sound itself, brilliantly realised through different pitch combinations and their suggestions of the brightness of light. Equilateral is a triple concerto, and a spiritually complex meditation that fuses lament with joyful affirmation. Symphony No. 1: Fugitive Colours draws on the idea of colours that fade when exposed to light, and does so with masterly orchestral virtuosity.