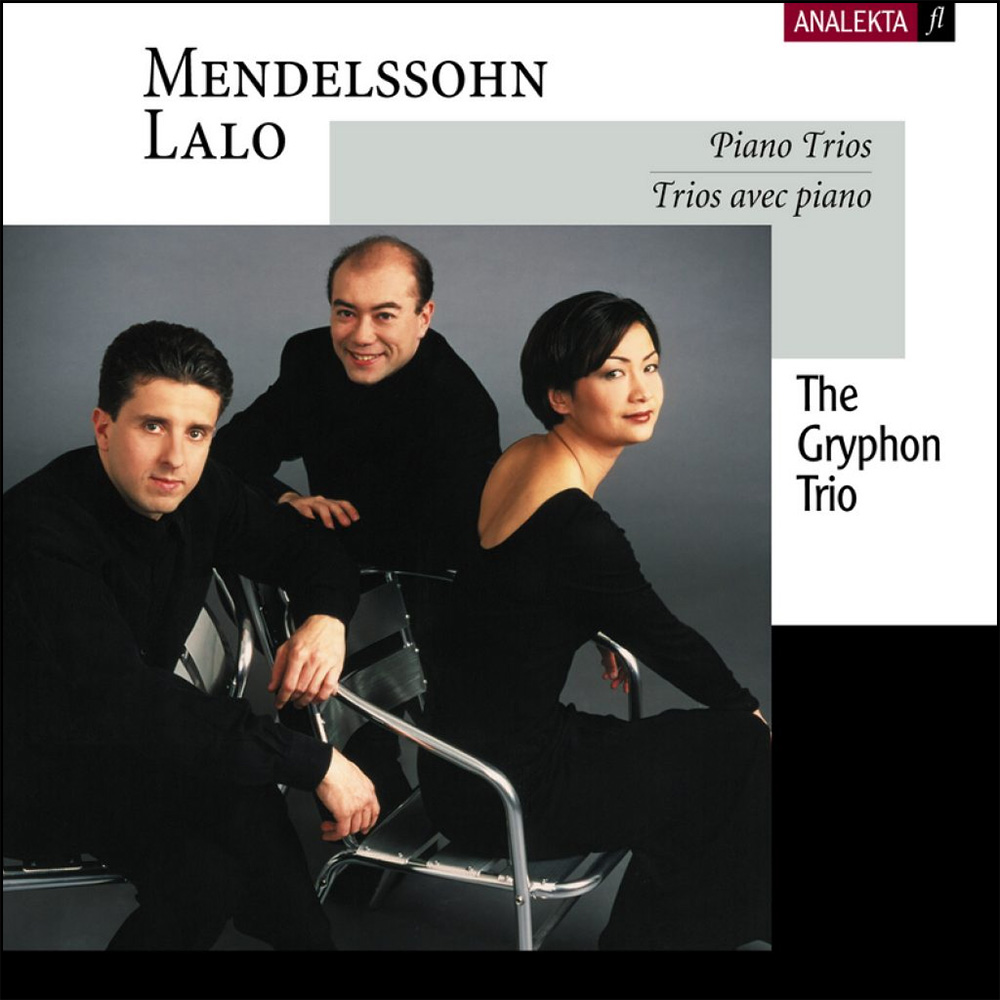 The Gryphon Trio show themselves to be well up for the task, once again affirming their status as one of Canada’s premiere ensembles.

The nineteenth century has left us many of the most precious treasures of the chamber music repertoire, despite an artistic tendency towards opulence that inevitably encouraged virtuosic works for solo piano or full orchestra. Indeed, even as revolutionary composers began to abandon the traditional small ensembles of the Classical period in search of new instrumental combinations, others, following in Beethoven’s footsteps, continued to develop these ensembles and establish them firmly in their own time. Swept along by the spirit of the day, Romantic chamber music came to be defined by an increasingly important role of the piano within the ensemble: the reign of the string quartet was eventually brought to an end, making way in particular for the piano trio with violin and cello. Throughout the Romantic repertoire, many works bear witness to the richness of this genre.

The Second Piano Trio, Op.26 by Felix Mendelssohn and the Third Trio, Op.26 by Edouard Lalo are of course only two examples of the genre, but undeniably splendid specimens, brought to light in this recording.

It was near the end of a career punctuated by frequent success that Felix Mendelssohn (1809-1847) composed his Piano Trio in C Minor, Op.66 No. 2. In 1845, wishing to escape the hustle and bustle of the city, the composer secluded himself in Frankfurt. For a number of years, his many responsibilities had engendered a hectic schedule that had pushed his delicate health to its limits. Infusing him with new energy, this period of rest was one of his most productive, giving rise to his second trio, among other compositions.

He wrote to his sister Fanny regarding this work, saying, “The trio is a bit frightening at first glance, but it is not really that difficult to perform: seek and you shall find!” Indeed, the work appears to be very demanding, especially for the piano, which leaves behind its traditional role of accompanist to become an equal partner with the strings. The composer himself proved equal to the challenge of this part at the work’s premiere in Leipzig in December 1845.

The piano takes on the principal role from the very first measures of the Allegro energico e con fuoco, nervously attacking its sixteenth-note theme, which is then taken up by the strings. Between appearances of this recurring frenzy, the lyricism of the second theme occasionally allows us to catch a glimpse of a passionate melancholy. The Andante espressivo soon arrives to lull the listener with a gentle theme taken from the Songs without Words. Moving from the piano to the strings, this melody continues to develop in the same quiet mood, which is suddenly interrupted by the arrival of the Scherzo (Molto Allegro quasi presto). With its continual sixteenth-notes in canon, this third movement leads the listener from a merry rush to a graceful dance embellished by trills. After a brief respite, the languid cello of the finale’s Allegro appassionato draws in the listener with its surging melody based on the leap of a ninth.

In contrast with this recurring passion-filled theme, the second theme introduces a serene mood, only to be augmented by the arrival of the third theme, a majestic chorale. A truly orchestral climax, the coda brings the work to an end in a heroic manner worthy of one of the great masters of chamber music.

In 1879, Edouard Lalo (1823-1892) launched himself into the composition of the Piano Trio in A Minor, Op.26, dedicated to his friend, the female pianist Szarvady. A brilliant string performer in his own right, he had long displayed a fondness for chamber music. However, frequently subjected to the stinging criticism of his peers for indulging in an “outdated” genre, he eventually turned to the almost exclusive composition of popular works for larger ensembles around 1856. Twenty years later, having gained confidence from the success of a number of these pieces (e.g., Symphonie Espagnole), he made a spectacular return to the realm of chamber music, presenting the Parisian public with a new masterpiece, his third trio.

A brief fortissimo seems to call us to order: Lalo marks his return with the power of an Allegro appassionato. A broad, lyrical melody soon surfaces in the strings, before the piano makes its presence felt with a new heroic theme. These two contrasting ideas dominate the entire movement, which alternates freely between tenderness and assertiveness. This is followed by a dolcissimo section in which the ensemble fades away in a brief truce before the mad rush of the Presto—a movement made famous by the composer’s reorchestration of 1884 (Scherzo).

The listener is then swept away by a cheerful, spiralling passage set into motion by a stubbornly repeated rhythmic motive in the piano, accentuated here and there by certain notes from the string melody. The perpetual motion calms itself temporarily with an equally ingenious rhythm, only to regain its momentum with renewed vigour. It is in the movement marked Très lent that the trio finally relaxes, giving rise to a long and mysterious reverie led by the expressive singing line of the right hand of the piano along with the strings doubling at the octave. The work ends with a spirited Allegro molto in a lively rhythm, leading the listener first through the meanderings of motivic explorations, and then through the tiny surgings of a humorous theme. The spectacular coda seems to mark the final victory of the composer over a public who had been cuttingly hostile for far too long.

The splendour of Mendelssohn’s second trio recalls that of Lalo’s third, the two composers, despite differing paths, revealing the full extent of their musical talents in these works. At times revelling in orchestral brilliance, at times shrouded in pianistic intimacy, these two compositions demonstrate the unmistakable Romanticism of nineteenth-century chamber music.