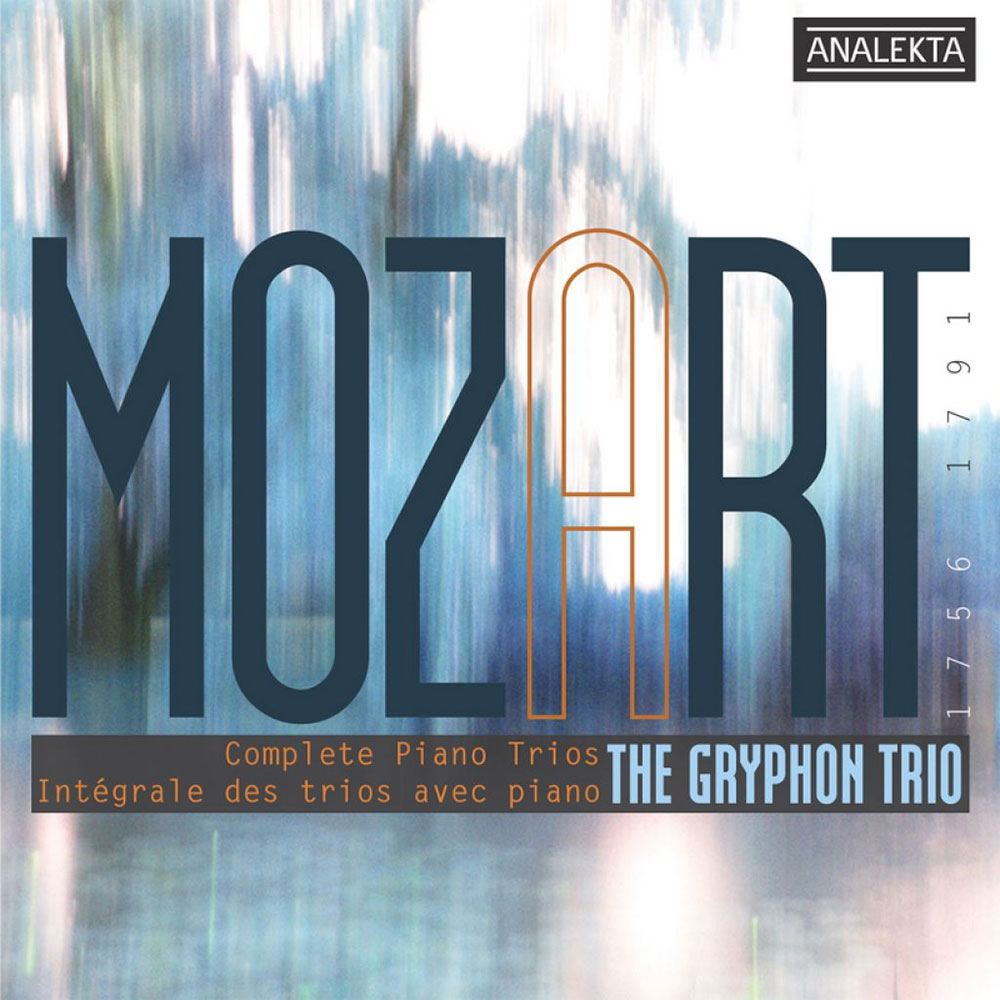 The slow movements in particular are performed with much warmth and affection, and the recorded sound is admirably lifelike.

— Classical Album of the Year: Solo or Chamber

The genre first emerged in the second half of the 18th century, with the rise in popularity of a new instrument: the “pianoforte.” As the name implied, this keyboard instrument had the ability to play a range of dynamics—something the harpsichord lacked—and shiny new pianofortes soon replaced old harpsichords in salons everywhere. There consequently arose a pressing demand for music that, while remaining accessible to amateurs, would show off the new instrument’s capabilities; and not just solo works, but chamber music too, so that family and friends could participate in the music making. Thus was born the trio for piano, violin and cello, a combination for which Joseph Haydn composed no fewer than 45 works. By comparison, Mozart’s half-dozen would at first glance seem a rather meagre output, but in terms of quality, this more humble corpus marks a fairly significant step in the genre’s evolution.

Before Mozart, the piano trio more often than not resembled a piano sonata with string accompaniment, the violin doubling the pianist’s right hand and sharing the odd melodic phrase, and the cello limited to bolstering the left hand. When Mozart first tried his hand at the piano trio in 1776 (Divertimento in B flat major (K. 254)), in Salzburg, he stuck to this model. However, with his genius for melody and his instinct for the unexpected detour, he was already transcending the genre’s conventions. Between the two fast movements, the slow movement unfurls a superb ornamented cantilena, which the piano and violin pass back and forth in a serene, Olympian dialogue.

Mozart would not return to the piano trio for another ten years. Completed in July of 1786, the Piano Trio in G Major (K. 496) marks a profound change in Mozart’s conception of the genre—an extension of the stylistic evolution he had undertaken with other genres in the meantime, particularly opera and the piano concerto. In this second trio, the dramatic dimension is much more pronounced, the piano part more soloistic, and the string parts more autonomous. From the first “Allegro,” in the central development section that arrives like a cloudburst, the cello becomes the piano’s primary partner. The “Andante” proves to be a true three-way conversation, while in the theme and variations of the “Allegretto,” the cello breaks free once again in the fourth variation with a languid melody.

Dated November of the same year, the Piano Trio in B-flat Major (K. 502) was thus composed a mere three months after the previous one, and Mozart continues to innovate. In the opening “Allegro,” he takes gleeful pleasure in toying with the conventions of sonata form: in the exposition, just when one expects a second, contrasting theme in the dominant key, he brings back the opening theme, shown in a new light by a different string accompaniment. Then, the listener now expecting a monothematic sonata form, Mozart surprises again at the beginning of the development by introducing the second theme expected earlier, first in the violin, then taken up by the piano and cello in parallel motion. The E-flat-major “Larghetto,” in ABACA form, features the piano and violin sharing a highly ornamented cantilena in a moving dialogue, which the cello supports at times with its own countermelody. The “Allegretto,” on a gavotte rhythm, burgeons with contrasts between sparkle and subtlety, between melodic profusion and rich counterpoint.

The last three trios were all composed in 1788. The opening “Allegro” of the Piano Trio in E Major (K. 542), dated June 22, introduces an initial theme that alternates forte and piano within each motif. The second theme, dolce e legato, initially presented in the dominant by the violin and the piano successively, is taken up a third time subito forte by the cello in a stirring transition passage. The “Andante grazioso” in A major takes the form of a large da capo (ABABA) and acquires a hint of melancholy when the middle A section occurs in the minor mode. Just as “gracious,” the rondo of the “Allegro” has a more subtle structure (ABACBA), with the C section in C-sharp minor remarkable for its bohemian overtones, rare in Mozart, but that seem to foreshadow Brahms.

In the Piano Trio in C Major (K. 548) , composed a month later, all the instruments introduce, in a grand forte unison, an opening theme might have been taken from The Marriage of Figaro. The piano answers, piano in fact, with a second theme, which is then taken up by the violin. Then, subito forte, like a burst of “figaresque” laughter, a soloistic piano gesture settles into the second theme. Mozart chose to qualify the “Andante” with “cantabile,” and with good reason since this ornamented cantilena is a high point in the art of making the piano sing. Here, the cello, following the example of the violin, echoes certain motifs, even preceding the violin at the beginning of the development. In the joyful rondo of the last “Allegro,” the cello becomes increasingly active, building cumulatively to good effect at the end.

The Piano Trio in G Major (K. 564) was completed on October 27. Mozart’s sketches reveal that he had first conceived it as a piano sonata. But the addition of strings in no way makes it sound patched together; on the contrary, they contribute significantly. Mozart had never before given the cello such a beautiful part. From the start, cello and violin support the exposition of the first theme in the piano with sustained notes. The cello then doubles the violin in parallel motion in the repeat of this opening theme, supports the violin with its own countermelody in the exposition of the second theme in the dominant, and, during the recapitulation, it is the cello that reintroduces this second theme in the original key. In the “Andante,” the cello participates in all sections of the theme and variations, whose stripped-down melody is in striking contrast to the richly ornamented cantilenas of the previous trios’ slow movements. But by abandoning the superfluous, this rare scarcity, far from being a weakness, seems rather to show the way to the voluntary simplicity that some contend is the only way to reach true happiness, of which the last, exuberant variation is an illustration. The “Allegretto” that ends the work takes the form of a rondo on a delightful siciliana rhythm.

And with this traditional pastoral metre, often used at Christmas to portray shepherds and angels singing, Amadeus, the “beloved of God,” took his leave of the genre. His stay was brief, but he did not fail to leave his divine, angelic mark.